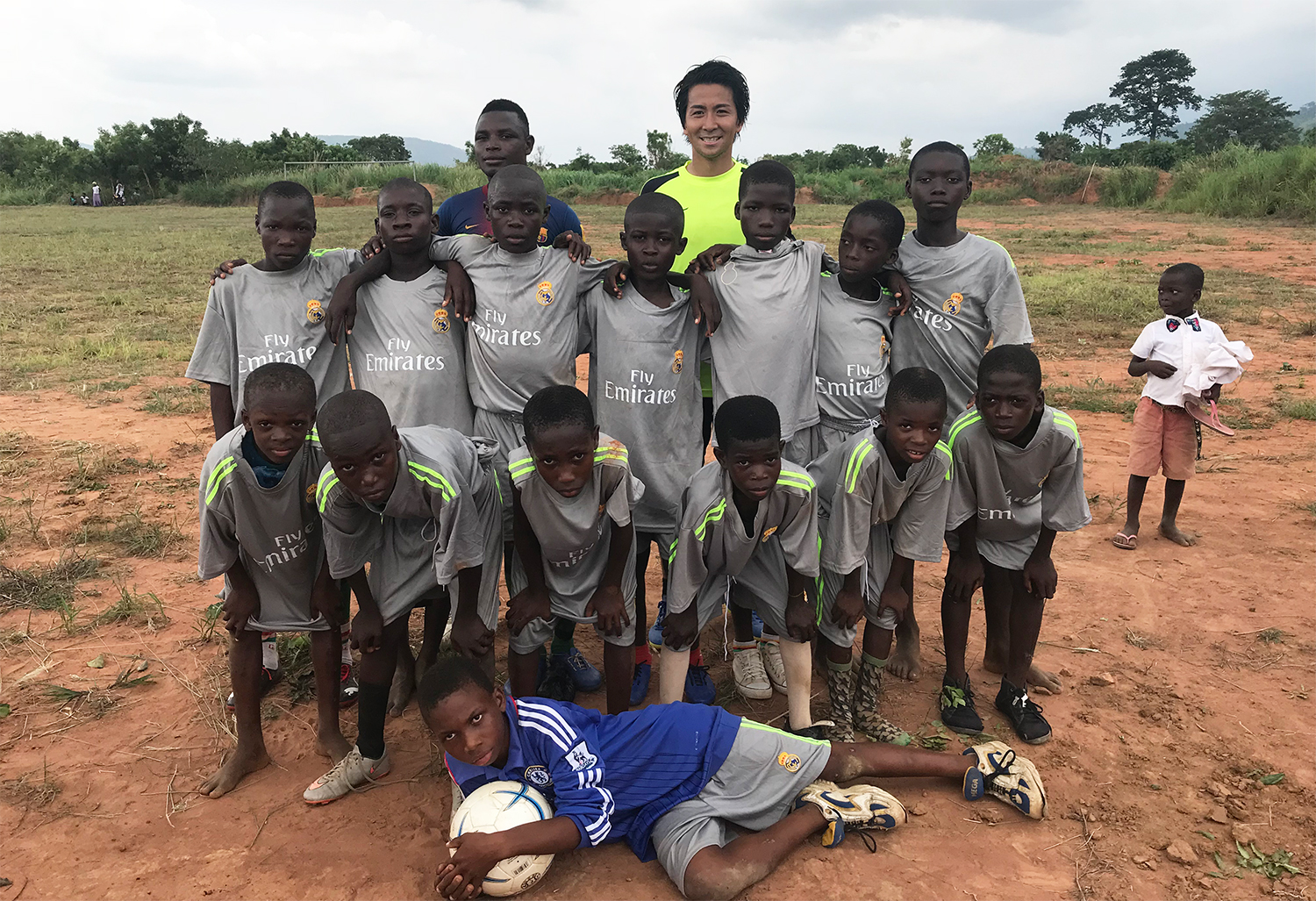 I signed with Shonan Bellmare after graduating from Gunma Prefecture Takasaki High School. I also passed the university entrance exam to enter Keio University in the same year becoming the first J-Leaguer to enter Keio University while playing professionally for J-League. I was let go in 2007 even though I played 66 games for Shonan Bellmare in four years. I joined the Keio soccer club team in 2007 and played until I graduated in 2009. I was chosen to represent Japan in the World University Games “Universiade” in 2009 and our team won the bronze medal. After graduating from Keio University, I signed with Avispa Fukuoka in 2010 (J2 at that time). Our team was promoted to J1 after my first year and I became the Captain while playing for Avispa Fukuoka J1 the following year. I transferred to Yokohama F. Marinos in 2012. In 2013 our team was in the finals for the league championship but lost at the end of the season to take second place. However, we were able to win the 93 rd Emperor’s Cup that same season and I was able to hold the Emperor’s trophy in my hands. I was asked to become chairperson for the Yokohama F. Marinos players in the 2014 season while playing on the team. My role was planning new events, bringing in more spectators… I was busy on and off the pitch.

In 2016, I was appointed the Vice Chairperson of the Japan Pro Footballers Association which works closely with the Japan Football Association and the J-club for the future of J-League. I also continued to work actively on my Pass on project, sending soccer balls to the African continent as well as the “Hugo seat” inviting Kanagawa Prefecture Children’s Medical Center’s NICU patients and their families to enjoy Yokohama F. Marinos home games.

At the end of 2018, I made a difficult decision to transfer to play in Africa and signed with a team in the Eastern Africa Zambian Premiere League declining an offer to extend my contract with Yokohama F. Marinos for another two years. As the director of NPO corporation Pass on, by making my move to Zambia and by feeling the present living situation of the local people, I hope I can better my pursuit for “True African Support”.